Kinesiology has been in the professional sports world for several years now, with athletes such as Lionel Messi, Roger Federer and Christophe Dominici, among the most famous.

At the origin of stress: emotions

Behind the stakes of victory or performance, there are often other, more intimate, more vital stakes, such as recognition, feeling necessary, the love of one's parents. . . It is these stakes, unconscious, that will trigger the emotions. And the more vital the stakes, the stronger the emotions will be.

How to increase the performance ?

Kinesiology, a global human approach, accompanies people towards a better balance on the mental, emotional, physical and energetic levels. Practiced by kinesiologists, it covers a wide range of applications. In sport, it prepares professionals and amateurs in their evolutions and competitions. Top athletes have been using it for more than ten years.

Travelling with time zone changes: the body must be &quot;set in time"; at the start and at the finish: a synchronization of the biological clock is therefore to be expected in order to put all the chances " on its side".

The quality of the recovery: in the case of a condensed match schedule, physical fatigue but also mental and energetic fatigue . . . can accumulate, the body eliminates less waste: Recovery after the effort can be optimized.

How can you be 100% in your competition if the problems of everyday life are always present? Muscle reactivity, digestive problems, couple problems, fears, complexes. . . also have an impact on the perfs! If the &quot;void"; has not been filled before, these problems affect behaviour: The lack or excess of aggressiveness that leads to difficulties in entering or leaving the match, contestation, leading in the worst case to exclusion, loss of self-confidence . . . The kinesiologist can regulate this stress in order to reveal to the athlete his potential leading him towards his achievement, towards his victory.

Incomplete preparation: a competition is being prepared, be it on the technical, physical or mental level, where the work is often largely done by coaches and athletes, but what about the emotional and energetic levels? They're just as important.

Knowing how to manage "bad stress" and toxic emotions in competition can make a difference!

In his book " Les bleus à l'âme " Christophe Dominici gives a good example of what kinesiology can bring to a high level athlete struggling with uncontrollable emotions.

This testimony corroborates the growing usefulness of kinesiologists for high-level athletes now being monitored in various disciplines: swimming (Fabrice Pellerin), lifesaving, gymnastics, rugby. . . The benefits have been recognised by senior technical officials, particularly in lifesaving sport.

I'm offering you my help and expertise.

Below are some articles about kinesiology in sports.

To be a sportsman of high level requires a hygiene of particular life to maintain his body properly. 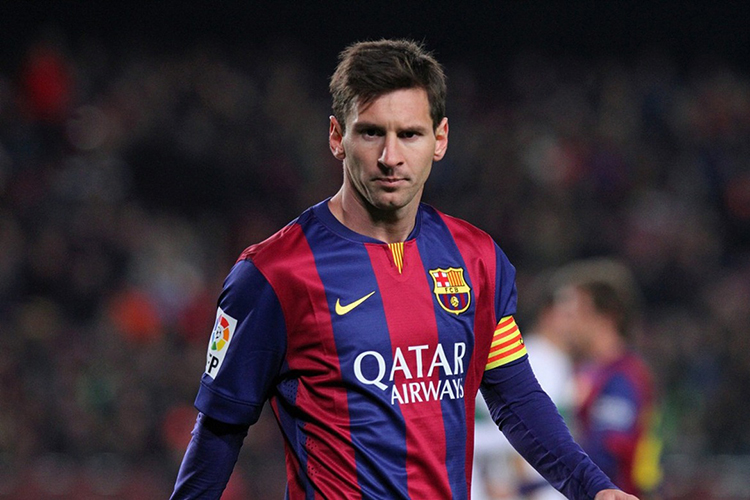 The doctor Giuliano Poser follows the Argentinian footballer, Lionel Messi, playing in FC Barcelona and offers him not very common methods: kinésiologie and homoeopathy. « A journalist of the magazine El Mundo Deportivo interviewed the doctor of Lionel Messi to know about it a little more about his hygiene of life …

Contrary to most doctors, he offers completely different methods which tend to treat troubles at their origin and not simply to relieve them. He uses methods of kinésiologie and favours homoeopathic medicaments considering their beneficial effects on very good and more natural bodies. The kinésiologie is a soft medicine which mobilises at the same time the mental and the body. By muscular tests, it targets faults linked to emotions as well as to energy rockings. One then takes care of the patient to find a balance and to optimise its potential. But the doctor adds that the key to cultivate sportsman's body is feeding: «There is all 5 food which I define as the perfect petrol: the water, a good olive oil, the whole grains and cool fruits and the biological vegetables, who are not polluted by pesticides or weed killers because they are not good for health». He adds then that the sugar is entirely to ban feeding, because he is bad for the muscular mass and the meat is to eat reasonably, because it is a food badly digested by the body. In spite of his Argentinian origins where meat is eaten, Lionel Messi follows in the letter this nutritional treatment and seems to be in excellent health.

The methods of the doctor Giuliano were first badly seen, suspecting not very satisfactory results following this type of soft medicine. Then, having as patient the famous footballer, he could prove that they worked perfectly and that the player was in very good physical and mental health. Let us not forget that he received in 5 resumptions, the Gold ball and that in 2015, he counts 52 purposes on matches competed 61. »  7 de table

CHRISTOPHE DOMINICI the star of French rugby tells how the kinésiologie confused its life in a touching book.

Extracts of the book " Bleu a l'ame " of CHRISTOPHE DOMINICI in Editions du Cherche-Midi with kind permission of his editor. 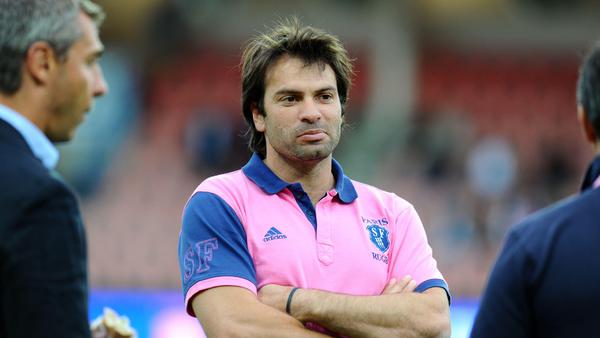 « By instant, thanks to this job, I felt for the first time of my life what was serenity. Very difficult to get, it would be possible to describe this state in the form of a balance improved between inside and outside, between body and mind. It is an intimate feeling which slips into your daily, coats you and brings you an abatement, a detachment in comparison with what habitually upsets you or irritates you. It lasts a dozen seconds, but they are notable instants. « To listen, to understand and to be», Pierre repeated to me. Listen to what others or your body have to say to you, to make the effort of reflexion on these data, then thanks to this information, to be in its daily behaviours, faithful their being inside one». 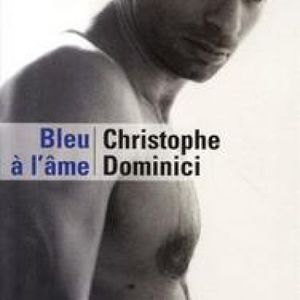 « I am not a happy man, but I am not unhappy. I knew physical suffering. I knew psychological suffering. And it is the pain in the head which for me is the hardest to support, even if, in 35 years, blows make more and more wrong. As at a boxer at the end of career, the body cashes less easily than in the past. . .

Fortunately, in this quagmire of violent emotions, I met a person who confused my life. He was called Pierre, kinésiologue. I tried instinctively to transform all negative feelings that fed many years my internal rage with positive action. A visible rage in my look, what did not dare to say me my friends. . . From session in session, while questioning my body by the muscular test, Pierre got answers to his questions, or rather &quot;my"; questions. Mind lies but the body expresses its truth. We are tremendous machines, all our experience is registered in our muscles. . . .

Pierre allowed me to understand, how to accept my overalls in soul, my weaknesses, my doubts, all that made me react violently or slaughtered me. He helped me to hear and to pronounce some words which I even did not succeed in pronouncing. He gave sense to my aspirations. « Instead of acting only by instinct, they are going to try to think». In the opposite, a good session can completely deactivate the words which hurt, to make them insignificant. You then smell a new energy to pervade, appetite to come back, fright become blurred. It is as a revival. Pierre often repeated: «The world is a wave, the human being is a wave provided with a sensor-transmitter. . .

Pierre allowed me to understand him and encouraged me to catch the lost time. In the course of time, our friendship had become very strong. He helped me to settle of definite objectives. When I felt pain somewhere, where a doctor would have given me a treatment to relieve me, Pierre helped me to go to search in me what this trouble meant, what had launched him. When I found link, the trouble disappeared and I had feeling to shine again. I advanced so quickly in this way as I felt like making it be of benefit all people whom I knew. . ."

The famous swimming coach explains his recipe for success and shows us how to apply it in everyday life.

A musician in his spare time, Fabrice Pellerin is a graduate in applied kinesiology, but above all the coach of the Olympique Nice Natation and, since this summer, the most successful French coach at the Olympic Games. Thanks to the nine medals, including four gold, won by his swimmers (Yannick Agnel, Camille Muffat, Clément Lefert and Charlotte Bonnet) at the London Olympic Games, Fabrice Pellerin has taken on a new dimension in the French sporting landscape.

In "Accédez au sommet, le chemin est en vous", Fabrice Pellerin has chosen to detail his method of coaching champions. From the difficult start with limited resources to the success in London and the festivities that followed, the coach from Nice tells, without pretension, how he developed a strategy to get the best out of his swimmers and himself as a coach. Step by step, he has built his method based on personal development and he gives us the recipes to apply it in our daily life
.
Why does it work?

Because this simple method is based on concrete examples drawn from experience as a man and a coach and is easily applied outside the swimming pools. How to turn one's qualities and faults into assets? How to use a constraint positively? Why do some people unconsciously develop failure behaviours and what can be done about it? This book allows us to take stock of our deepest desires while analyzing our strengths and weaknesses. A fan of the philosophy of small steps, Fabrice Pellerin advises us to set reasonable goals to reach the heights we are aiming for because he believes that " when we can, we want"; more than the traditional adage " when we want, we can";. In order to avoid failure and to realize ourselves completely, we must first clearly and honestly identify our dreams and our means and do everything possible to realize them completely.

This method has already proved its worth. Yannick Agnel successfully passed the 400m freestyle where he excelled in the 100m and 200m freestyle to follow his desires. With two Olympic titles and a silver medal in London, the swimmer from Nice proved to everyone the merits of the Pellerin Method, as did his teammate Camille Muffat, who perfectly met expectations with three medals, one of which was gold, after years of doubt. We all have the keys to happiness within us, so if the method worked for these young people, there is no reason why we can't find some recipes to meet the challenges of our lives.